All About Snooker Player Ali Carter

Allister ‘Ali’ Carter (born 25 July 1979, Colchester, Essex, England) is an English professional snooker player, who lives in Tiptree. He reached the final of the 2008 World Championship, his first major final. Although he lost heavily to Ronnie O’Sullivan, this run allowed him to reach the top 8 of the rankings for the first time. Since then he has won two ranking events. During the 2011 UK Championship, Carter announced he would be retiring at the end of the season…. (read more) 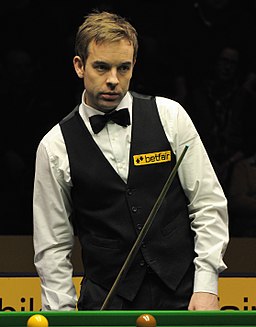